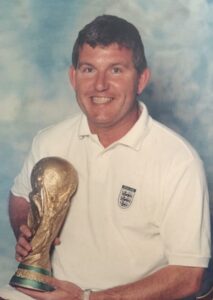 Peter started Worldcupsports (then Worldcupsoccerschools) on returning from Canada in 1982 and has been running it for almost 40 years. It began at Highgate School and has been located at Gurnell Leisure Centre, Bushey Metropolitan Police Club, The John Lyon School, Mill Hill County High School and Orley Farm School. The latter two venues continue to run to date. Initially Worldcupsports began as a football camp, and gradually progressed to include multi-sport with the addition of gymnastics, drama, arts and other activities broadened our camp to appeal to all ages of boys and girls. As a PE & Maths teacher for 40 years, 26 at Orley Farm School, Peter has had a number of different roles over the years and schools he has taught in including Director of Sports, EVC & Expedition’s Leader & Director of Community Development. During a break from teaching Peter began the Community Scheme at Q.P.R. football club in 1993. He also has a passion for Special Educational Needs support and completed a Masters in Education in 1999. This is an area that Worldcupsports especially prides itself on supporting children. 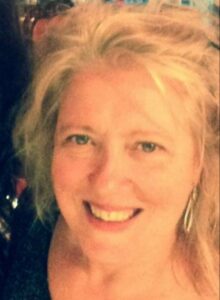 Mary works closely alongside Peter, Charlotte & Amy in the operational and administration side of the business. Her career in Management started at Marks and Spencers, where she worked for 15 years. She began supporting Worldcupsports (then Worldcupsoccerschools) alongside raising Charlotte and Amy. As the business expanded, her involvement increased and she is now responsible for most customer contact, bookings and HR . 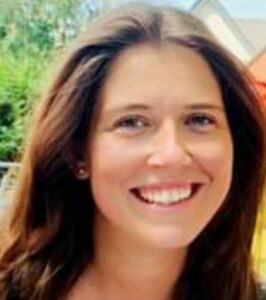 Charlotte attended Worldcupsports as a child and was the reason Peter expanded the original Worldcupsoccorschools from Football to Multisports and Gymnastics. She attended Orley farm as a pupil, the first year of girls when the school turned coeducational. Later she began as a volunteer at Worldcupsports and then progressed to a coach. Her strengths lie in Gymnastics teaching and she has worked on the Gymnastics Saturday club on and off for the past 15 years. Charlotte has been a keen sports woman throughout her life: gymnastics, running, netball and yoga being her main sports. Charlotte completed her first degree at London School of Economics and then went on to complete a Law Degree at BPP. After a short commercial stint in the city Charlotte requalified as a teacher and came back to her passion, teaching. Charlotte is a qualified teacher and former Assistant Head Teacher. Charlotte has been Head of Literacy, PE, Languages and Art in her time and has a passion for supporting SEN children through continuous provision. She now works part time for a school in Marlow, alongside her work for Worldcupsports. 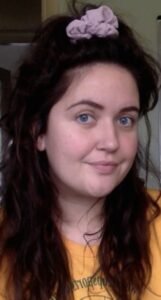 Amy attended Worldcupsports as a child and was a pupil at Orley Farm School, before volunteering and progressing to a coach. Throughout this time she has taught a range of activities, with a focus on Performing Arts & Gymnastics. Amy completed her degree in Primary Teaching with Qualified Teacher Status (QTS) at St Mary’s University with a specialism in Modern Foreign Languages, Early Years, Art & Geography. Amy has been an EYFS, Science & Music Lead throughout her career and has recently launched Little Squirrel Forest School on Saturday afternoons in partnership with Worldcupsports. She is now Head of Modern Foreign Languages at a school in Stanmore on a part-time basis alongside her work for Worldcupsports. 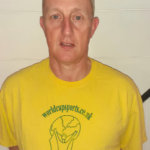 Bryn has been Teaching for over 30 years and has worked for Worldcupsports for over 10 years. His experience ranges across all sports and he has also taught at Gymnastics clubs for over 10 years. Bryn often deals with front of house and parent liaisons on site and offers the early and late club provisions. Bryn is currently Pastoral Deputy Head at Buckingham Preparatory School, where he is also head of PE. Bryn has a Degree in Sports Science from St Mary’s College. Sports, particularly football have always been an integral part of his life, from being on the books at Stoke City, to coaching a range of sports teams at under 9 and under 11 levels at his present school.

Shaka has worked for Worldcupsports for nearly 25 years. After attending courses at Gurnell Leisure Centre as a child, he began as a volunteer and then progressed to a coach. He is a very keen sports person growing up playing football, cricket, tennis and athletics at a county level. However, football was where he excelled, playing at Millwall Football Club from the age of 13 through to 19. During this time, he also gained his FA coaching badges up to Level 2, specialising in Goalkeeping. Shaka is a Police Officer and has been a Safer Schools Officer for over 10 years. Shaka is still involved in amateur football at Uxbridge Football Club. 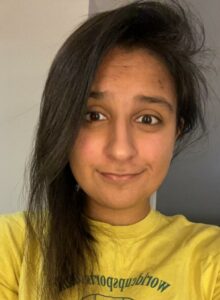 Serina’s journey with Worldcupsports started from a very young age. As a child, she attended Orley Farm School and the summer camps, where she built her skills as a gymnast. From the age of 15, she joined the summer camps as a volunteer and found a love and passion for teaching. She has now completed her MEd in primary teaching and is a teacher in a local Harrow primary school. Her personal hobbies include painting, arts and crafts and a love for the outdoors, which she uses to inspire children. 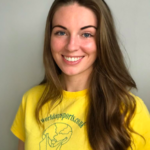 Emily first started volunteering at Worldcupsports at 14 years old to gain coaching experience to fulfil her dream of becoming a PE Teacher before progressing to become a coach. During this time she has taught a range of activities and sports, focusing on Dance & Gymnastics, Cheerleading & Netball. Sport has always been a huge part of Emily’s life as she started dancing at the age of 2 and has performed in a number of professional pantomimes at the Beck Theatre. Emily completed her degree in Secondary Physical Education with Qualified Teacher Status (QTS) at Brighton University. She is now a Secondary PE Teacher at a school in Rickmansworth, alongside her work for Worldcupsports. 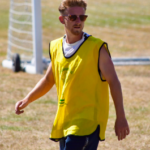 Jono has worked at World Cup Sports for 6 years as a coach. During this time, he has completed a undergraduate degree in Sport and Physical Education at Solent University, and gained QTS in secondary school teaching. he is now a well established Sports Teacher at a local school. Jono’s main sports are cricket rugby and football, and has played these throughout his life.

Chris is an enthusiastic, energetic senior member of staff who has been working with Worldcupsports for more than half of his working life! Chris is familiar with the Worldcupsports way, passionate about arts and experienced enough to help all get the best out of the sessions we offer. He’s our most creative member of staff, having performed on many stages including, the Lyric Hammersmith’s and recently even played the Role of Rafiki in Disneyland Paris’ Lion King production!